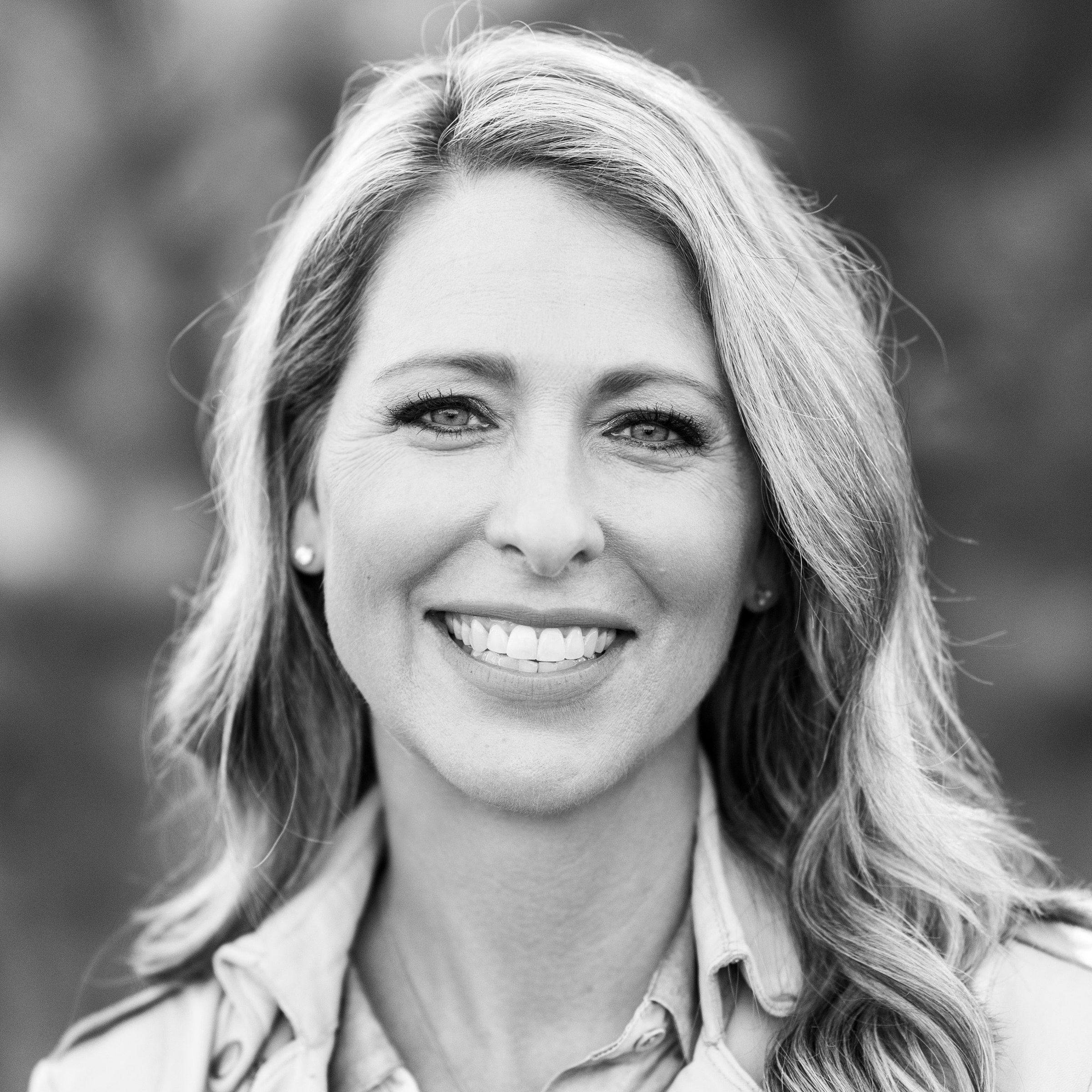 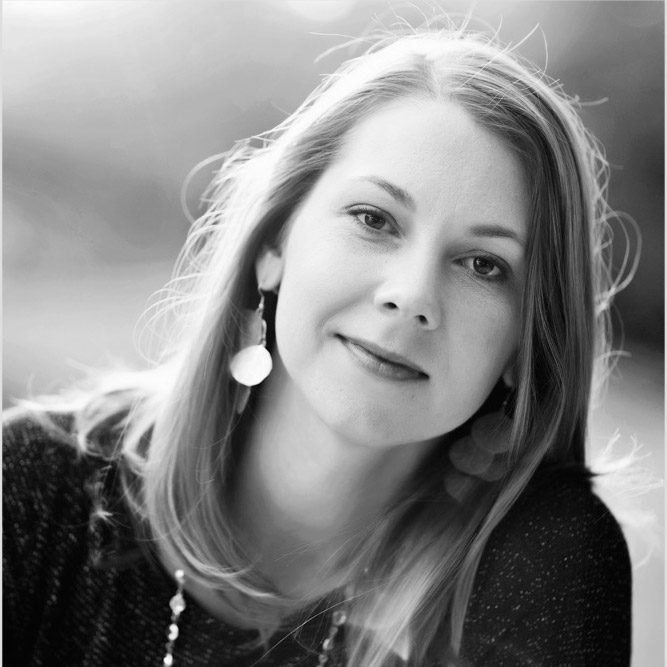 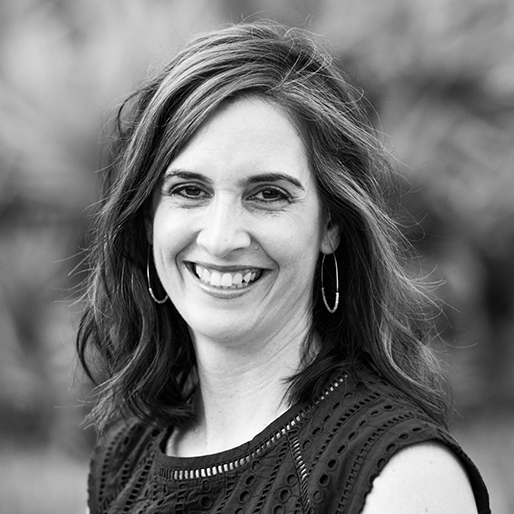 Down time doesn’t come easily to Heather. She is constantly on the go, dreaming up creative ideas and wondering where her imagination will take her next. Whenever and wherever inspiration strikes, you can find her sketching designs on anything she can get her hands on – scrap paper works just fine.  And her design clients reap the benefits.

After teaming up with fellow designer Laura Patterson, HL Creative was born. The co-founders are the perfect design pair, bringing two very different styles of work. Laura’s calm, methodical approach is the yin to Heather’s yang, and together they have established a long roster of clients, along with numerous design and advertising awards.

Heather was born into a die-hard Texas Longhorn family, and got her start as a Creative Advertising major at the University of Texas at Austin. She was among only 5 percent of advertising students to gain acceptance into the highly competitive “creative sequence,” and one of her radio commercials was chosen as “the best” among 500 students.

After graduating in 1999, Heather headed north, to Dallas, to begin her career as an art director with McCann Erickson advertising agency. She created campaigns for Texas Instruments, 7-Eleven, Texas Tourism and LaQuinta Inns and Suites. Heather successfully pitched and won accounts that ultimately earned a Gold National ADDY, Silver National ADDY and an AAF National Citation of Excellence.

Unable to sit still for too long, Heather headed north (and east) again, this time all the way to New York City. She joined the hip stationery shop, Kate’s Paperie, as a design consultant to create custom-printed invitations and stationery. Being in NYC lent itself to landing impressive accounts, and she did just that when Luther Vandross became her client.

Eventually, family and warmer weather enticed her back to Texas. She joined Houston’s Second Baptist Church as a designer, creating everything from advertisements to billboards to brochures. Heather was quickly promoted to creative director, guiding communications for the church’s several campuses and 40,000 members.

Now situated in Houston, Heather lives with her husband, Chris, three children, two dogs and a mischievous black cat. When she is not creating for HL clients or wrangling her crew, Heather enjoys running, travelling and golf. She has even been known to book a marathon race in another country just for an excuse to travel overseas. When life slows down a bit, she would love to make some time for painting or drawing. But, that probably won’t happen anytime soon, so she’ll settle for staying on the fast track and creating award-winning work for her clients.

Cool, calm and collected. That’s how you can describe Laura’s approach to creative design and to life. With her easygoing attitude and keen observational skills, she follows her instincts straight to targeted, powerful creative concepts for her clients. Today’s fast-paced, hectic world can’t shake her…clients and her kids have tried, to no avail.

As co-founder of HL Creative, Laura and her highly energetic partner, Heather, tackle everything from graphic design to advertising strategy to brand innovation. Their approaches couldn’t be more different, but in an “opposites attract” sort of way, the pair works together beautifully and has earned numerous awards for design and advertising for clients in a wide variety of industries.

Laura’s journey to a career in design began while pursuing a Bachelor of Arts degree in Graphic Design at Texas Christian University. It wasn’t just the nationally renowned design department that lured her to TCU. The school seemed like the perfect fit after her parents set out some simple requirements: she had to attend a school in Texas, and it had to be a Christian institution. TCU checked all the boxes.

When she graduated in 2001, Laura joined Second Baptist Church (SBC), one of the largest protestant churches in the nation, as a designer. She had the opportunity to work with various SBC ministries and also with Second Baptist School, to create corporate identities, advertisements and publications, including Second Edition, the bimonthly church magazine that is distributed to more than 40,000 homes citywide. While at SBC, Laura dreamed of owning her own business. When she discovered that co-designer Heather had the same dream…HL Creative was born, and the pair hasn’t slowed down yet.

Laura and her husband, Matthew, soak up as much time as they can with their three children. The whole family loves to swim, bike and run, and after finally getting the youngest off of training wheels, all five Pattersons have competed in triathlons. In her spare time, you can find Laura reading a book in a hammock by the pool, refusing to be overrun by the chaotic world she lives in.

Angie loves to write anytime, anywhere. In a perfect world, she would fill her days writing dreamy, far-fetched stories and novels, but for now she settles for things like creating website copy and constantly editing her to-do list. As a writer, advertising executive and strategic marketing consultant with more than 20 years of experience, Angie helps clients promote and grow their businesses with clear messaging and targeted actions. She believes that succinct, straightforward communication and well defined goals are the keys to success.

A native and seventh-generation Houstonian, Angie broke the family mold and left the state to attend Vanderbilt University. After earning a Bachelor of Arts degree in English, she moved to Atlanta to begin her career at an advertising agency where she quickly learned the industry wasn’t nearly as glamorous as it seemed on television. As an advertising account executive, she developed creative and media strategies for clients in a variety of industries including travel and tourism, financial services, packaged goods, retail and casual dining.

After several years with advertising agencies in both Nashville and Atlanta, Angie re-directed and went back to school to earn a Master of Health Administration degree from Georgia State University. She joined Children’s Healthcare of Atlanta, where she served as marketing manager for the nationally renowned children’s hospital. Angie oversaw the hospital’s consumer and advocacy marketing programs, with an emphasis on pediatric injury prevention. In addition to traditional advertising, she focused on community relations to develop grassroots partnerships and secure grant funding to implement the hospital’s advocacy programs.

Just when she thought she had the greatest job in the world, life intervened and Angie and her husband and children relocated to her hometown of Houston, where she established a freelance writing and marketing practice. In addition to writing copy for HL Creative clients, Angie writes a monthly column for The Buzz Magazine, a local lifestyle publication. She is also a contributing writer for several national publications, including The Washington Post and Huffington Post.

Angie and her husband, Bryan, live with their three children, two dogs and a fluctuating number of other assorted pets. She spends most of her “free time” shuttling her overscheduled children to far too many after-school activities, and cheering from the sideline at their numerous sporting events. When she is not working or mothering, Angie enjoys playing tennis (poorly), running (slowly) and dreaming of uninterrupted quiet time to write the stories that constantly swirl in her head.

A native Houstonian, Amy as a child displayed in her imaginative play the desire to work in an office with people, dressing up in high heels and clomping around in her room moving paper and making “phone calls.” Graduating from Klein High School, she blazed her path as a first generation Aggie in College Station, heavily involved in many student led government organizations pursing a degree from the Mays Business School. She grew her business skills in the summers, working as a commercial intern for Texaco Natural Gas, and graduated in the top 6% of her class with a BS in Finance.

Upon graduation, Arthur Andersen hired her to work in their Risk Business Consulting group where she would assist clients in evaluating their business processes and improve efficiencies/controls. After a year, she was promoted to a senior consultant and worked in the waste service, structured finance, and energy industries for such clients as Waste Management, Chase Services, and Plains All American.

When Arthur Andersen Risk Business Consulting group created a new company, Protiviti, she was approached and hired on by her client, Plains All American as their Crude Oil Accounting Supervisor. There she assisted in the monthly operational accounting close recording all of the marketing crude oil purchases, sales, and inventory. During her 3 years in this role, she also developed training for staff and successfully assisted integrating a $290 million dollar company acquisition into the crude oil accounting process, effectively doubling the size of Plains All American.

Since then, she has served in several accounting and commercial roles including Crude Revenue & Royalty Accounting Manager, Refined Product Scheduler, Crude Commercial Inventory Coordinator, Manager Blending Facilities, and Director US Blending Facilities. She continues her work part time as Assistant to Managing Director in the Marketing Facilities department. The commonality among all her full time roles included reporting/reviewing P&L impacts and estimates used for company guidance to investors.

With the passion to provide accuracy in numbers while serving clients, she looks forward to establishing reliability and solid customer relationships with HL Creative.

Outside of the office, Amy serves in her church and neighborhood community and enjoys time with her children and husband. She has a love/hate relationship with Orange Theory Fitness but very much enjoys, barre, pilates and ballet classes when she can.